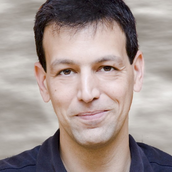 Born in New York City in 1969 to a musical family, composer Paul Richards has been engaged with music since childhood, including forays into various popular styles, the Western canon, and Jewish sacred and secular music through his father, a cantor. Hailed in the press as a composer with "a strong, pure melodic gift, an ear for color, and an appreciation for contrast and variety," and praised for his "fresh approach to movement and beautiful orchestral coloration," his works have been heard in performance throughout the country and internationally on six continents. Commissions have come from organizations including The Florida Orchestra, Southwest Florida Symphony Orchestra and Chorus, the Jacksonville Symphony Orchestra, the Boston Brass, Partners for the Arts Abroad, St. Mary's University/Kaplan Foundation, Meet the Composer-Arizona, Arizona Repertory Singers, Arizona Commission on the Arts and the Catalina Chamber Orchestra. Paul is currently Professor of Music and head of composition and theory at the University of Florida, where he has been on the faculty since 1999. He earned the Doctor of Musical Arts degree in Composition at the University of Texas at Austin, and Bachelor of Music and Master of Music degrees in Theory and Composition at the University of Arizona.
​ 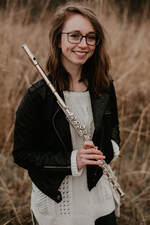 Originally from eastern Oklahoma, Laken Emerson studied at the University of Arkansas - Fort Smith with Ginny Hudson, and later with Dr. Christopher Chaffee at Wright State University in Dayton, Ohio. Her teaching experience includes beginner to intermediate flute instruction, college prep music tutoring, music theory, music history, and music technology. Emerson returned to Fort Smith in 2019 and enjoys a career as a chamber and solo musician, performing new works as well as classic favorites to a wide audience.
​
Outside of university ensembles, Emerson has performed with Rocky Ridge Music Center Orchestra, Mostly Modern Festival Orchestra, Fort Smith Symphony, Opera on Tap, Young Actors' Guild, and others. She has performed and presented at a variety of festivals and conferences to promote queer-identifying composers and new compositions. Emerson has served as an album reviewer and contributing essayist for multiple online music publications and continues to write about and promote local music initiatives.  She joined the Fort Smith Symphony staff in 2020, where she is Director of Development, Education, & Community Engagement, and joined the Flute New Music Consortium as Executive Director in 2022.
​

Praised for her "luscious, full sound" (American Record Guide) and "effortless precision" (Flutist Quarterly), flutist Nicole Riner currently serves as Visiting Assistant Professor of Music at University of Wyoming, where she teaches flute and entrepreneurship classes and directs the Music Entrepreneurship Professional Certificate Program. A champion of contemporary music, Nicole has commissioned and premiered new works by numerous composers as a soloist and chamber musician. Her live performances have been broadcast on Interlochen (MI) Public Radio, Minnesota Public Radio, and Colorado Public Radio, where she had a recurring role as both writer and performer in the short-lived series, Telling Stories. She has also recorded for the Centaur, ACA, Aerocade, and Albany record labels. Nicole holds flute performance degrees from Indiana University (DM), Michigan State University, (MM), and University of Illinois (BM). www.nicoleriner.com
​ 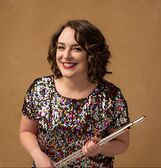 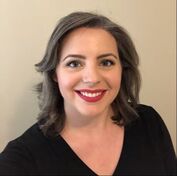 Flutist Alysa Treber-O’Connor is based in Southern California. An active performer, she can be
found on indie films, with regional orchestras, and pursuing passion projects. An encouraging
and enthusiastic teacher, Alysa provides private lessons, as well as adjudication and clinician
services. A fierce advocate for new works of music, Alysa has premiered and commissioned many pieces by living composers, both as a solo artist and with Silver Edges Duo. Alysa has studied with Donna Shin, Richard Sherman, Zart Domburian-Eby, and Karla Flygare. www.alysaflute.com
​

Ashley Shank teaches flute and chamber music at Lycoming College and is the director of the Music Preparatory Program, interim coordinator of music education, and teaches music education courses at Susquehanna University.  Dr. Shank earned degrees from the University of Illinois at Urbana-Champaign (DMA: flute performance), The University of Akron (MM: flute performance and MM: music history), and  Indiana University of Pennsylvania (BS: music education).  Shank has premiered several solo and chamber works for flute and, in conjunction with her primary area of research, is an advocate for little known works by Russian and Soviet composers. Her doctoral thesis A Handbook of Solo and Chamber Music for the Flute by Composers from Russian and the Former Soviet Republics was the winner of the 2015 National Flute Association Graduate   Research Competition.  www.ashleyshankflute.weebly.com
​

Emlyn Johnson is co-director and flutist of Music in the American Wild, an initiative that brings site-inspired contemporary music to American national parks, landmarks, and other nontraditional venues. Dr. Johnson is an Instructor of Music at Missouri State University and has served as the flute instructor at several State University of New York institutions, as well as Career Advisor at Eastman School of Music’s Institute for Music Leadership. Dr. Johnson performs regularly with new music ensembles including Ensemble Signal, Alla Balena Ensemble, and tuo duo, and additionally shares her enthusiasm and advocacy for new music as co-host of the podcast New Music Listening Club. She has served on the board of the Rochester Flute Association and currently serves as Flute Events Reporter for the National Flute Association. Dr. Johnson received her DMA from Eastman School of Music and holds additional degrees from Eastman and University of Michigan.
​

A native of Tokyo, Japan, Ai Yamaguchi is a doctoral candidate in flute performance and literature at the University of Illinois at Urbana-Champaign. She holds a Master of Music degree in flute performance from University of Southern Mississippi where she has been awarded a Graduate Teaching Assistantship and received a bachelor’s degree in Music Education from Wright State University in Dayton, Ohio. Ms. Yamaguchi is  principal flute of the Urbana Pops Orchestra in 2014 and subs regularly with Kankakee Valley Symphony Orchestra, the Champaign Urbana Symphony Orchestra, Danville Symphony Orchestra, and  Indiana State University Regali Faculty Chamber Winds and Strings. Ms. Yamaguchi has been also selected as a second flutist in the Gulf Coast Symphony during  2008-2010 season in Mississippi  and the Miami Valley Symphony Orchestra in Ohio. Her principal teachers include Dr. Jonathan Keeble, Dr, Danilo Mezzadri, Dr. Christopher Chaffee, and Dr. Leslie Goldman Maaser. 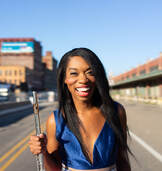 Brittany Trotter is an active soloist, orchestral and chamber performer based in Pittsburgh, Pennsylvania. Along with being a Contributing Faculty in Flute at Dickinson College in Carlisle, PA, she also maintains a large private flute studio and teaches woodwinds at Waldorf School of Pittsburgh. A core member of the ReIgnite Trio and the Incidental Chamber Players, Trotter engages with the musical community in the Pittsburgh area by presenting engaging concerts of classical and contemporary chamber music. As a contemporary musician, her work as a soloist and involvement with Alia Musica has resulted in regional and world premieres in Pennsylvania and West Virginia. A native of Laurel, MS, Trotter received her B.M and B.M.E from the University of Southern Mississippi, M.M at the University of Wyoming, and a DMA and Certificate in University Teaching at West Virginia University. Outside her professional performing and teaching life, she enjoys competitive running, crafting, and reading. ​www.brittanytrotterflute.com
​ Originally from Chicago, Illinois, Cara Gould is pursuing their music education degree at The Pennsylvania State University under Dr. Naomi Seidman. As a performer, they thrive in collaborative new music environments and have commissioned and premiered several solo and chamber works by living composers. As an educator, they endeavor to bring accessible new music into K-12 musical spaces. At Penn State, Cara is a member of the School of Music’s Inclusion, Diversity, and Equity Action Board (IDEA) where they highlight underrepresented voices through performance and education.
​​​​
​ 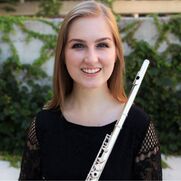 An active performer, Shelley Martinson has appeared as a soloist, orchestral and chamber musician throughout the United States. Martinson joined the faculty of Southwestern Oklahoma State University in 2013, where she serves as Associate Professor of Music (Flute). An active performer, Martinson has appeared as a soloist, chamber, and orchestral musician throughout the United States. Martinson holds positions on the board of the Oklahoma Flute Society (Delegate) and the Flute New Music Consortium (President), and is chair of the National Flute Association's (NFA) Career and Artistic Development Committee. Recipient of the NFA's 2014 Graduate Research Competition, Martinson earned her DMA from Florida State University. Former teachers include Eva Amsler, George Pope, and Jan Vinci. www.shelleymartinson.com
HOME | ABOUT | PERFORMANCES | COMPETITIONS | COMMISSIONS | STORE | CONTACT
©2014 Flute New Music Consortium, Inc. | Logo Design by Kamie Richard | Website Design by Taylor Rossi | Contact us