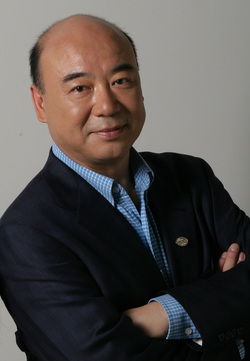 Pulitzer Prize winning composer Zhou Long is internationally recognized for creating a unique body of music that brings together the aesthetic concepts and musical elements of East and West. Deeply grounded in the entire spectrum of his Chinese heritage, including folk, philosophical, and spiritual ideals, he is a pioneer in transferring the idiomatic sounds and techniques of ancient Chinese musical traditions to modern Western instruments and ensembles. His creative vision has resulted in a new music that stretches Western instruments eastward and Chinese instruments westward, achieving anexciting and fertile common ground. In 2011, Zhou Long was awarded the Pulitzer Prize in Music for his first opera, Madame White Sake. In their citation the jurors described the work as 'a deeply expressive opera that draws on a Chinese folk tale to blend the musical traditions of the East and the West.' He has been awarded 2012-2013 Elise Stoeger Prize from the Chamber Music Society of Lincoln Center; the largest prize devoted to chamber music composition and is presented every two years in recognition of significant contributions to the field. Zhou Long is currently Distinguished Professor of Music at the University of Missouri-Kansas City Conservatory of Music and Dance.

Zhou Long was born into an artistic family in Beijing in 1953, and began piano lessons at an early age. During the Cultural Revolution, he was sent to a rural state farm, where the bleak landscape with roaring winds and ferocious wildfires made a profound and lasting impression. He resumed his musical training in 1973, studying composition, music theory, and conducting, as well as Chinese traditional music. In 1977, he enrolled in the first composition class at the reopened Central Conservatory of Music in Beijing. Following graduation in 1983, he was appointed composer-in-residence with the National Broadcasting Symphony Orchestra of China. Zhou Long travelled to the United States in 1985 under a fellowship to attend Columbia University, where he studied with Chou Wen-Chung, Mario Davidovsky, and George Edwards, receiving a Doctor of Musical Arts degree in 1993. After more than a decade as music director of Music From China in New York City, he received ASCAP’s Adventurous Programming Award in 1999, and its prestigious Concert Music Award in 2011.

His awards include 2003 Academy Award in Music from the American Academy of Arts and Letters, Masterprize and the CalArts/Alpert Award, and winning the Barlow International Competition, with a performance by the Los Angeles Philharmonic. He has been two-time recipient of commissions from the Koussevitzky Music Foundation in the Library of Congress, the Fromm Music Foundation at Harvard, Meet the Composer, Chamber Music America, and the New York State Council on the Arts. He has received fellowships from the American Academy of Arts and Letters, the National Endowment for the Arts, the Guggenheim and Rockefeller Foundations, in addition to recording grants from the Cary Trust and the Copland Fund for Music.

In 2012, Zhou Long has composed 80 minutes of music, including two orchestral works: University Festival Overture (10’) commissioned by the China South Technology University School of Arts Orchestra, and Beijing Rhyme -A Symphonic Suite (40’), commissioned by the Beijing Symphony Orchestra, premiered on 6/15/2013 and recorded on EMI; a solo piano work Pianobells (8’), commissioned by Dr. Susan Chan and premiered on 4/20/2012 at the Musica Nova concert in the UMKC Conservatory of Music and Dance; a chamber work, Cloud Earth for chamber ensemble, commissioned by The New York New Music Ensemble and premiered on 4/16/2012 in its 35th anniversary celebration, at the Merkin Concert Hall in New York City. Zhou Long is working on a whole evening symphonic epic 'NineOdes' on poems by Qu Yaun (ca. 340 BCE - 278 BCE) for four solo vocalists and orchestra, commissioned by the Beijing Music Festival Arts Foundation and premiered in October 2013. In addition, Zhou Long is also working on a new chamber work co-commissioned and premiered by the Lincoln Center Chamber Music Society in New York and Europe's leading venue for chamber music and song, Wigmore Hall in London for their 2014 Season. His new piano concert, co-commissioned by the Singapore symphony and BBC Proms will be premiered in 2014. Zhou's works have been recorded on Warner, Naxos, BIS, EMI, CRI, Teldec (1999 Grammy Award), Cala, Delos, Sony, Avant, Telarc and China Record. Zhou Long is published exclusively by Oxford University Press.

﻿ZHOU COMPOSITION RESIDENCY AT THE UNIVERSITY OF OKLAHOMA | October 1-2, 2015

CO-SPONSORED BY FNMC & THE UNIVERSITY OF OKLAHOMA
WITH ADDITIONAL SUPPORT FROM THE SOUTHWESTERN OKLAHOMA STATE UNIVERSITY MUSIC DEPARTMENT
THIS EVENT IS MADE POSSIBLE IN PART BY A GRANT FROM THE OKLAHOMA ARTS COUNCIL. 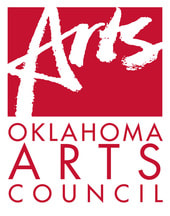 All events are free and open to the public. This event is made possible in part by a grant from the Oklahoma Arts Council.
HOME | ABOUT | PERFORMANCES | COMPETITIONS | COMMISSIONS | STORE | CONTACT
©2014 Flute New Music Consortium, Inc. | Logo Design by Kamie Richard | Website Design by Taylor Rossi | Contact us