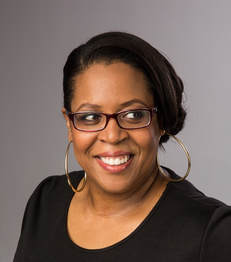 Described as one of the "Top 35 Female Composers in Classical Music" by critic Anne Midgette of the Washington Post, Valerie Coleman (B. 1970) is among the world's most played composers living today. Whether it be live or via radio, her compositions are easily recognizable for their inspired style and can be throughout venues, institutions and competitions globally. The Boston Globe describes Coleman as a having a “talent for delineating form and emotion with shifts between ingeniously varied instrumental combinations” and The New York Times observes her compositions as “skillfully wrought, buoyant music”. With works that range from flute sonatas that recount the stories of trafficked humans during Middle Passage and orchestral and chamber works based on nomadic Roma tribes, to scherzos about moonshine in the Mississippi Delta region and motifs based from Morse Code, her body of works have been highly regarded as a deeply relevant contribution to modern music.

A native of Louisville, Kentucky, Valerie began her music studies at the age of eleven and by the age of fourteen, had written three symphonies and won several local and state performance competitions. Today, she is the founder, composer and flutist of the Grammy® nominated Imani Winds, one of the world’s premier chamber music ensembles. Through her creations and performances, Valerie has carved a unique path for her artistry, while much of her music is considered to be standard repertoire. She is perhaps best known for UMOJA, a composition that is widely recognized and was listed by Chamber Music America one of the “Top 101 Great American Ensemble Works”.

With over two decades of conducting masterclasses, lectures and clinics across the country,  Valerie is a highly sought-after clinician and recitalist. With her ensemble, she was recently an artist-in-residence at Mannes College of Music, served on the faculty of Banff Chamber Music Intensive and is currently a guest lecturer at the University of Chicago.  She is known among educators to be a strong advocate for diversity in the arts and continues to be a mentoring source of inspiration to emerging artists. In 2011, she created a summer mentorship program in New York City for highly advanced collegiate and post-graduate musicians, called Imani Winds Chamber Music Festival. Now in it’s seventh season, the festival has welcomed musicians from over 100 institutions both national and abroad. Her works are published by Theodore Presser, International Opus, and her own company, V Coleman Music. Her music can be heard on labels: Cedille Records, BMG France, Sony Classics, Eone (formerly Koch International Classics) and Naxos.
​
HOME | ABOUT | PERFORMANCES | COMPETITIONS | COMMISSIONS | STORE | CONTACT
©2014 Flute New Music Consortium, Inc. | Logo Design by Kamie Richard | Website Design by Taylor Rossi | Contact us